On Silhouettes and Assignments: Christopher Schreck in Conversation with Claudia Li 
Your collections to date have stood out particularly for their engagement with volume—the elongated tops, billowing bottoms, wide collars, belled cuffs. From appearances, each look would seem to accommodate a range of body types. In sketching a given piece, then, how specific is your idea of the wearer? Are you interested in the idea that a single cut might work for a variety of people?

In my designs, it’s never about a particular body—it’s about playing with new shapes and silhouettes that might fit any figure. But I do like to emphasize the parts of the body that I find feminine, regardless of gender: wrists, ankles, shoulder blades, collar bones, the curve of the neck. 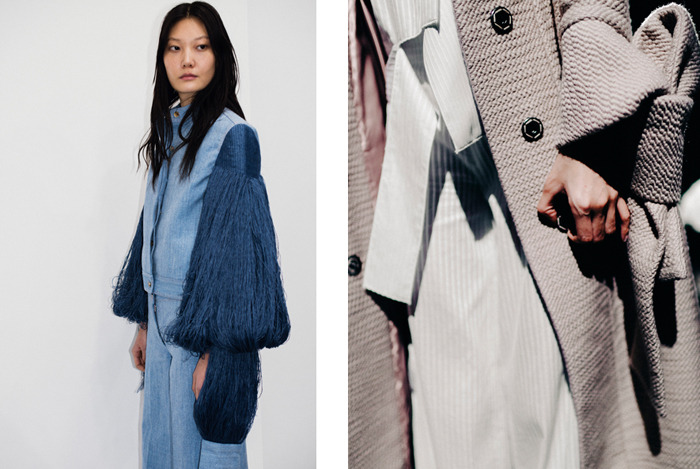 Officially, your label identifies as womenswear. In designing for women, is it important that one have a clearly defined sense of what is “feminine”?

For me, no. I think it’s more about expressing one’s own identity than trying to define what’s feminine and what’s not.

So do you see any threads of continuity in your customer base? Does the brand speak to a particular demographic, gendered or otherwise?

Our customers are simply people who feel impacted by the works, visually, mentally, or physically, and connect with what each season expresses. It’s definitely not limited to either gender. 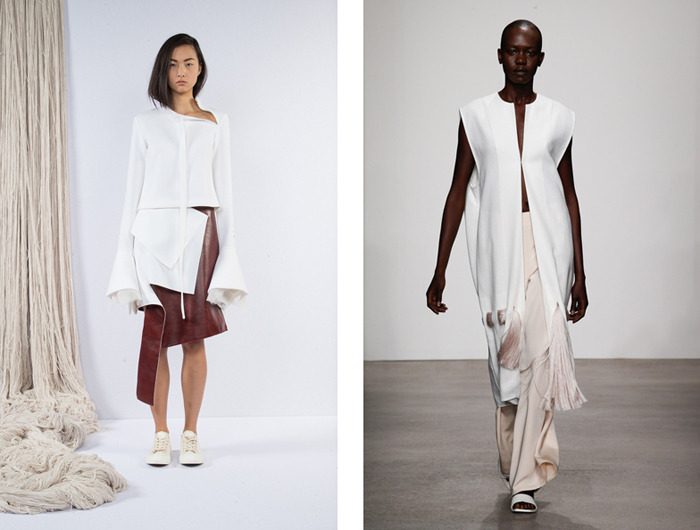 To date, though, you’ve exclusively cast cis women to model your clothing. How intentional has that been? Have you considered how your garments might translate if worn by models of other identities?

Absolutely. In fact, we’ve actually included a few male models in our most recent shoots, and I think they looked awesome!

Obviously, gender has been a prominent topic of conversation in recent years, both in and beyond fashion circles. What’s your impression at this point: cursory trend or the new norm?

I don’t think it’s anything that’s so new—it’s been around for quite some time already. People have definitely started to notice it more, though, especially in fashion, with more brands doing interesting things with gender neutrality. Personally, I think it’s less about gender than individual identity: if it looks good, it doesn’t really matter.

So would you agree with the suggestion that gender’s become an obsolete means of classifying garments—or, for that matter, the people wearing them? Or can gender labels still retain a useful function?

I think it would perhaps be more effective to have garments classified under different terms. When you classify garments purely by gender, it limits information and possibilities.