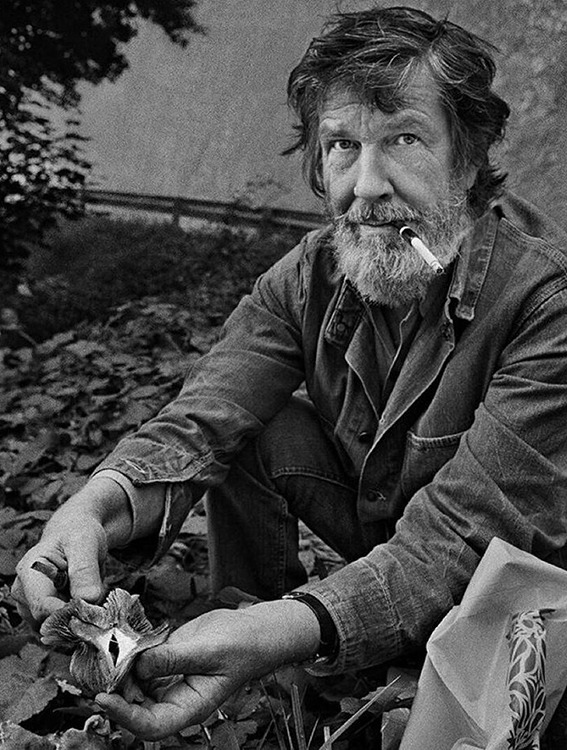 On 26 February 1959, John Cage found himself in a glass isolation booth, seated under the bright lights of a Milanese television studio. This was unfamiliar territory for the then-forty-six-year-old composer: though he would soon be introduced to American viewers through an infamous 1960 performance of “Water Walk” on I’ve Got A Secret, the work’s premiere had actually come a year prior, during the second of Cage’s five appearances on the Italian quiz show Lascia o Raddoppia [“Double or Nothing”]. His inclusion, meant to showcase his experiments with chance composition and unconventional instruments, had been something of a lark, with audiences giving his aleatoric offerings a warm (if bemused) reception. By his final appearance on the 26th, however, Cage’s role had shifted from performer to contestant, and when asked to select a topic for his line of questioning, he gave an unexpected reply: “Mushrooms.” Nonplussed, host Mike Bongiorno challenged him to recite the twenty-four varieties of white-spored Agaricus featured in G.F. Atkinson’s Studies of American Fungi; Cage, with a sly grin, said, “I can enumerate the list alphabetically”—which he did, walking away with ₤5 million lire in prize money. (Upon returning to America, he would spend that sum on a new piano, along with a Volkswagen bus for Merce Cunningham’s touring dance company.)

By his own account, Cage’s interest in mushrooms had taken root in Depression-era California, where the fungi sprouting around his home were a free and much-needed source of nutrition. His fascination turned formal in the early ‘50s, when he moved to Stony Point, an artist commune set in the dense woods of rural New York State. There, he befriended a local mycologist named Guy Nearing, who took Cage on mushroom hunts, offering tips on fungi identification and food preparation along the way. In the decades that followed, Cage’s expertise would grow, finding a range of outlets: besides foraging expeditions held around the world, he taught a mushroom identification course at New York’s New School for Social Research, composed fungi-focused texts and recipes for publications like Vogue, supplied hand-picked specimens to upscale Manhattan restaurants, and even co-founded the current incarnation of the New York Mycological Society. 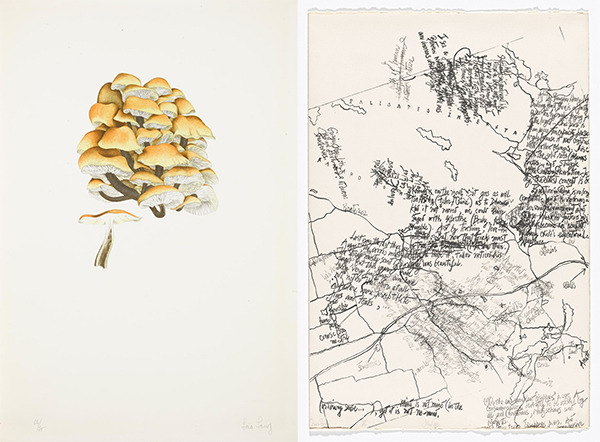 Despite his avid commitment, Cage considered himself an amateur—and true to form, much of the scholarship surrounding his life and work has treated these activities as a charming but peripheral diversion from his artistic practice. A new publication, however, looks to shift this established narrative by revealing a veritable oeuvre of mushroom-inspired output. In John Cage: A Mycological Foray: Variations on Mushrooms (Atelier Éditions), editor Ananda Pellerin gathers archived texts, photographs, poems, transcripts, maps, recipes and other related ephemera to lend scope to Cage’s enduring relationship with mushrooms. Though not the first book on the subject—Cage’s own self-authored portfolio, The Mushroom Book (released in 1972 and reproduced here in its entirety), scattered the composer’s texts and mesostic poetry amid illustrations by Lois Long and insights from botanist Alexander H. Smith—this new volume is easily the most comprehensive to date, lending readers the means to reassess his purportedly casual interest. 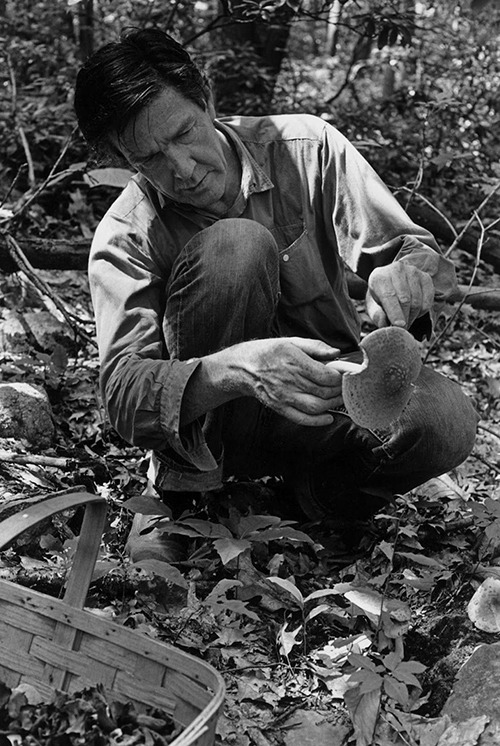 While eager to affirm Cage’s pursuits as more than mere hobbyism, the authors are careful not to draw too direct a connection between his mushrooms and his music—as was Cage himself. Mycology could never be the unifying thread in his output; if only in practical terms, applying Zen-informed principles of non-preference and chance to the selection of wild mushrooms would be fruitless, if not fatal. (This was a lesson Cage learned the hard way, as he once had to have his stomach pumped after poisoning himself and six dinner guests from the MoMA with hand-picked hellebore, which he’d mistook for skunk cabbage.) But although he never neatly equated his music with fungi, Cage did see each as philosophically reinforcing the other, and often turned to themes of hunting, identifying and collecting mushrooms as creative devices, in terms both poetic and pedagogical. “Much can be learned about music by devoting oneself to mushrooms,” he once wrote. Mirroring his aims in composition and performance, he found in foraging a vocation that called on participants to move consciously through their environment, their bare attention paying off in contingent encounters with elements whose presence—indeed, whose very nature—was at once idiosyncratic and indiscriminate. For a musician whose works allowed sounds to “act of their own accord,” the mushroom’s haphazard growth patterns, variable forms and unpredictable placement spoke to the creative function of chance events; at the same time, a forager’s pragmatic need for discipline and discernment reinforced a central paradox in Cage’s music: namely, that even his most apparently random arrangements retained some level of systematic logic. (Cage’s “indeterminate” works might be better understood as chance-controlled compositions: while divined from improvised rolls with the I Ching, a piece like 1951’s Music of Changes would then be studied and performed note-for-note, and even 4’33”, the archetype of authorial non-obstruction, unfolds in three discrete movements of specific durations.) For Cage, then, mycology was surely a pastime, a personal pleasure - but it also served him artistically as metaphor, as emblem, as allegory. In hunting mushrooms, as in composing music, his joy lay in the act of discovery; he embraced each pursuit knowing reward would come only through presence, openness, and observation. They were, in the end, variations on a theme, a shared philosophy embodied in methods similarly dictated by circumstance. As he himself advised, “Ideas are to be found in the same way that you find wild mushrooms in the forest: by just looking.”


Originally published in the Spring/Summer 2020 issue of KALEIDOSCOPE