INFINITE POWER: On the Photographs of David Brandon Geeting

The work assembled in Infinite Power spans the past three years of David Brandon Geeting’s practice, a period marked by significant developments in – and, increasingly, a blurring between – his personal and professional output. This melding of modes hasn’t been absolute: the high-end nature of his clientele ensures that there remains, at least in content, some separation between the work he does for himself and for patrons. Instead, the Brooklyn-based photographer maintains a subtle but functional balance between the two threads: while he continues to refine his stylistic sensibilities through commercial projects, he uses his personal work to experiment with strategies of translation, actively applying the spontaneity of street photography to the still-life process, the intimacy of portraiture to arrangements of inanimate objects, the technical polish of commercial shooting to willfully playful collages.

That Geeting’s edit here is achronological seems instructive on two levels. First, it reinforces the diversity of his practice, which, in exploring the spaces between distinct methodologies, eschews formal series and finds him adapting modes ranging from day-lit street shots and blissed-out portraiture to the flash-heavy compositions of his studio-based still lifes. By demonstrating the fluid relationship between images of various eras and styles, however, these pages also encourage us to distinguish the underlying sensibilities that are particular to Geeting as a photographer. Formally, he favors vivid palettes and insistent patterns, purposeful framing and physical layering, all rendered in stark contrast through the knowing use of lighting and flash. Aimed straight at the eye, his images are generally bright, bold, and heavily textured, immediate in their visual draw.

Still, looking past the vibrant treatments, we also find an artist with considerable sensitivities towards image construction. Regardless of subject, many of these works read to me as exercises in formalist problem solving – the products of time spent addressing questions of composition, variation, and line. But to get a real sense of this, I think, you literally have to see beyond the surface content. So choose a picture – I’d suggest his more recent still lifes – and try squinting, almost as you would with a Magic Eye image, until it becomes a flattened field of color and form. Viewed this way, we find that while his approach may be outwardly unprecious, there’s nothing offhand about Geeting’s images: their considered use of light, consistent graphic sensibilities, and subtle compositional strategies are each and together testament to his particular talent for draftsmanship – and have much to do with why, in a landscape flooded with like-minded images, his pictures not only stand out, but also reward repeated viewings. 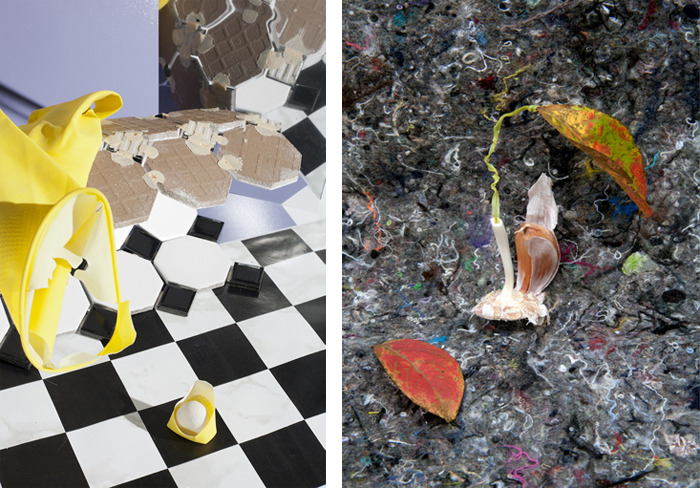 Equally distinctive is the approach he takes to of-the-moment conventions. His best-known shots, for instance, reflect the obvious influence of product photography, setting him squarely within ongoing conversations surrounding image commodification, circulation, decontextualization, and appropriation in a post-digital environment. Unlike so many of his peers, however, his output consistently offsets the pristine finish of glossy mags with improvised layouts that fall somewhere between the accidental beauty of streetside accumulations and the amateur setups of eBay listings. Reinforcing this apparent informality are his chosen subjects, which are suitably mundane and lean toward the domestic. Many of his images, for instance, are produced in his Greenpoint apartment and the surrounding neighborhood; most of his portraits are of loved ones and pets; and when working with objects, he favors the seemingly neutral, utterly normal items one might find on a dollar store shelf or suburban countertop. Throughout, Geeting’s presentation is casual but candid, purposefully lit so as to capture every characterizing detail.

Part of this approach, one can assume, reflects a desire to offer up common objects on purely formal terms, removed from both functional reference and visual symbolism. In this sense, the work fulfills one of photography’s longest-standing conceits: namely, that of aestheticizing the world, of finding interest in even the most ostensibly banal items and denying the very possibility of unworthy subject matter. Given his appropriation of commercial techniques, one might also consider the still image’s capacity to render any given subject desirable – a leveling of hierarchies which, in Geeting’s case, goes both ways, as (to borrow his own words) he demonstrates a particular talent for making cheap things look fancy and fancy things look cheap. But what makes his images especially interesting within this particular conversation, I think, is that their intended effect seems to be less about elevating their subjects than about affirming some sense of personality that’s already there. Brassaï defined photography as the art of “giving things the chance to express themselves.” It’s an idea that finds ample embodiment in these pages. Whether dealing with objects, environments, or familiar faces, Geeting’s is an explicit and pointedly empathetic brand of portraiture, with each decision geared towards allowing his subjects, animate or otherwise, to retain a sense of character that he (and thus we) can recognize as intrinsic rather than imbued. 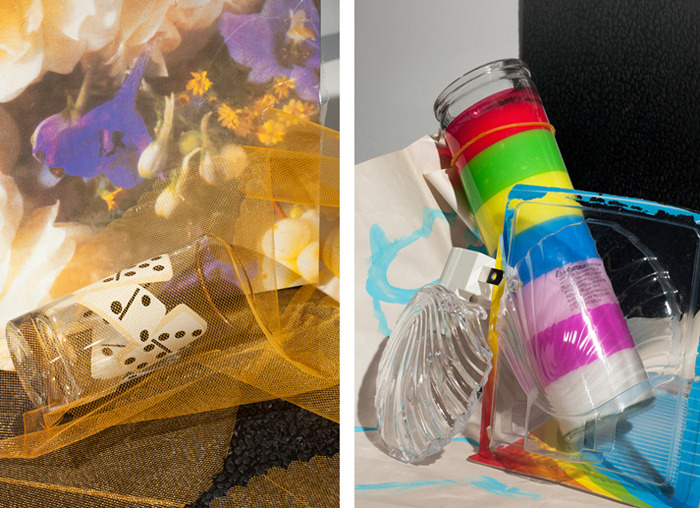 Taking this idea one step further: Susan Sontag spoke once of spending hours studying the façade of a cathedral, only to find that she hadn’t really "seen" it until she’d perused a catalog of photographic reproductions. The images, she said, allowed her to absorb both detail and character in a way that her naked eye, with its selective readings, could not fully process. Geeting’s work often functions along the same lines. It speaks to a modern sense of sight, wherein our reading of our environment is at once augmented and invariably shaped by the mediated image, which pulls things into focus precisely by setting them at a slight remove. In this mode, nothing feels more “real” than the hyperreal, and what’s striking is not that the photograph raises its subjects to the level of beauty (although it often does), but rather that it renders them suddenly autonomous, separate, and utterly strange: unobscured by expectation, unmitigated by perception, and newly fascinating in their unfamiliarity. From the outset, photographers have used their cameras to capture those environmental peculiarities that hide in plain sight, and Geeting’s work, poised as it is squarely between the eye, lens, and screen, lends a thoroughly contemporary contribution to that tradition.

For all of its implicit content, though, this ultimately isn’t work that requires or even invites the assignment of “meaning.” It is not the product of any overarching thesis, not designed to satisfy some academic whim. It is rather purely, emphatically, an exercise in aesthetic experience, at once driven by and geared towards the simple (though hardly simplistic) pleasure of looking – of affording ones full attention to a given moment, indulging our vision as we might our palates while enjoying a savory confection. For artist and audience alike, there is an exhilaration to be had in embracing such direct appreciations, of course, but when approached thoughtfully, those visual thrills come with a twofold sense of revelation: one centered in acknowledging the subjectivity of perception – the idea that how we see determines what we see – and the other in considering the extent to which, in a culture as saturated with images as ours, the inverse might also be equally true.